Popular Nollywood actress, Ireti Doyle has made clarifications on being involved with a beauty company defrauding the general public.

There have been reports that her daughter, Mrs Abimbola Ngozi Onyeulo, CEO Kachi Beauty Products have been defrauding unsuspecting public under the guise of selling hair and beauty products.

The actress was also called out for being aware of her daughter’s shady business yet decided to keep mute about it.

Reacting, Ireti Doyle in a statement released via her Instagram account on Monday, distanced herself from the beauty company.

She, however, affirmed that the said CEO of the company is her daughter but noted that she had zero affiliation with or interest of any nature with Kachi Beauty Products.

“Mrs Abimbola Ngozi Onyeulo, a.k.a Kachi the 34-year-old founder of the said company is one of my offspring and that is the extent of my relationship with her.

“In light of the above, I implore those who have been adversely affected in their business with Kachi to liaise with her directly and resolve their differences,” the statement read in part. 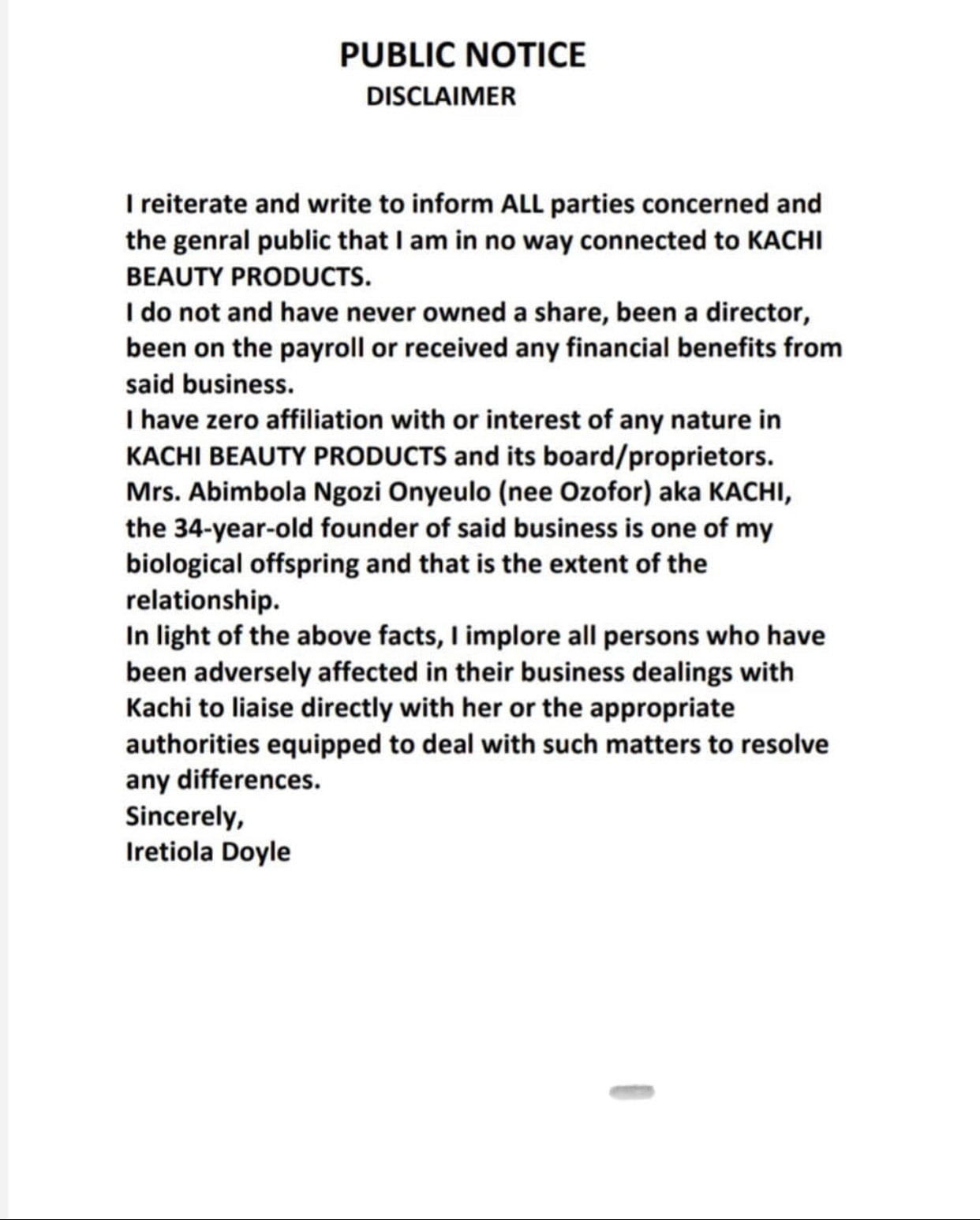