There is tension in Abeokuta, the Ogun State capital, following the arrest of a suspected Boko Haram leader.

jpgist.com gathered that the suspected terrorist was arrested Saturday night by operatives of the Department of State Services (DSS) in Ogun State.

Most residents of Abeokuta have now been thrown into a panic mood, as information about the arrest went viral within the State capital.

On Sunday, a reliable source informed our correspondent that the suspected Boko Haram leader was arrested at Ijaye area of the metropolis.

The suspected terrorist was said to have initially tried to resist arrest before he later bowed to the superior power of the DSS operatives.

It was gathered that the Boko Haram leader had left Katsina for Abeokuta, where he was employed as a security guard.

However, he had since been gathering intelligence for terrorist attacks.

Security sources hinted that the man was purposely in Abeokuta to set up terrorists’ cells for kidnapping and terror attacks.

He was said to have done the same in Abuja, Kaduna and Zamfara before he moved to Abeokuta.

“However, intelligence gathering gave him out and he was promptly apprehended before he succeeded in Abeokuta,” a source said, adding that there are still many of them being monitored.

It was learnt that the Boko Haram commander is still in the custody of the DSS.

Contacted, the spokesman of the DSS, Peter Afunanya, neither denied nor confirmed the arrest.

Replying to a message sent to him, he said, “No comment.”

Also, the Ogun police spokesman, Abimbola Oyeyemi, said the command was yet to be informed of the arrest. 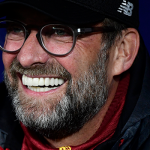