The family of late Richard Gbadebo, the 300 level student of the University of Ibadan, who died in an industrial accident at a factory in Ibadan, Oyo State, has petitioned the Chief Medical Director, CMD, University College Hospital, UCH, Ibadan, raising concerns in the autopsy report.

This came as the family also applied for the certified true copy, CTC, of the postmortem report dated August 4, saying “we are ready and willing to pay for the prescribed fees for the CTC, once ready.” Recall that the undergraduate in the Department of European Studies, died on July 28, while reportedly working on a machine at Henkel Nigeria Limited, a subsidiary of Expand Global Industries Limited, at Oluyole Industrial Estate, Ibadan, Oyo State.

The family, in the petition entitled “Observations on the postmortem report dated 04-08-2020 and signed by Dr. C. A. Okolo, Consultant  Pathologist: Re– Late Richard Gbadebo,” through its counsel, ABOPE CHAMBERS, headed by Femi Aborisade, among others, questioned the report, under the subsection entitled “Clinical Summary”.

According to the petition “the said 4th paragraph states that following the discovery of his body partially ground in the machine, he was taken to Adeoyo Hospital, Ibadan, where he was confirmed dead. The body was subsequently embalmed.”

According to the petition, “it is false to say the body of late Richard Gbadebo “was taken to Adeoyo hospital.

“In truth, the body was never taken to Adeoyo Hospital at any point in time. Rather, the corpse of Richard Gbadebo was taken to a private hospital named Teju Hospital at Ring Road, Ibadan.

“Moreover, the embalmment of the corpse of Richard Gbadebo, which was done before the conduct of the postmortem examination was not with the consent of the family.

“It is the brief of Our Clients that the corpse of late Richard Gbadebo was removed from the premises of Henkel Nigeria Limited, and  Expand Global Industries Limited on the 28th day of July around 12 noon and taken to Teju Hospital, Ring Road, Ibadan, between the hours of 1 and 2pm on the same day, 28th day of July 2020.

“Though the agents of the companies initially resisted the desire of the father, Mr. Olusola Gbadebo, to enter the ambulance and monitor where they were taking the corpse of his son, on the long run, they conceded he could enter the ambulance.

“The ambulance took the corpse of Richard to Teju Hospital.

“Also, family representatives were present when the body of Richard Gbadebo was removed from Teju Hospital on the 3rd of August 2020 at about 1pm for the postmortem examination at UCH.

“The body of Richard Gbadebo was also returned to Teju Hospital about 4.30pm on the same day, 3rd of August 2020.

“Our Clients are, therefore, concerned with having answers to the following questions: why did the pathologist state that the body of Richard Gbadebo ‘was taken to Adeoyo hospital Ibadan where he was confirmed dead’ and that the ‘the body was subsequently embalmed’ at Adeoyo Hospital, without relying on any documentary evidence supporting such?

“Was the pathologist misled by any documentary evidence that the body of Richard Gbadebo was ever taken to Adeoyo Hospital?

“If the pathologist was not misled, why did the postmortem report state falsehood on non-technical facts relating to location?

“If the pathologist was misled by the agents of Henkel Nigeria Limited, and  Expand Global Industries Limited, what are they attempting to cover up?

“It is noted that comment No. 8 under the subsection of the postmortem report entitled ‘Comments’ states that “… the complete autopsy report including histologic findings would be available in 2-4 weeks.

“We call for an investigation of the causes of the lapses observed on the non-technical details contained in the postmortem report.” 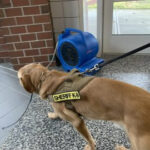 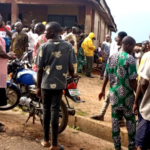 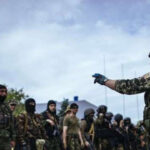 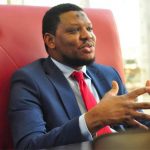 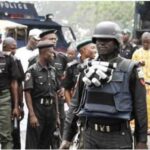 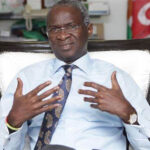 Vote based on track record not anger – Fashola tells Nigerians